As early as the time of Confucius, the Chinese have grown and used ginger as both a medicine and a food. In ancient Asia, as today, it was valued for its ability to build fire, both as a digestive and as an aphrodisiac. The Maharata, a Hindu text written around 4 BCE, recorded the use of ginger as an ingredient in stewed meat dishes. The Kama Sutra goes on to suggest ginger as an effective means for arousing sexual energies. In ancient Auryvedic practice, ginger was often called the “universal medicine” because it’s generally good for all the doshas although it has special affinity for the kapha dosha. Even the Koran includes ginger in the feasts of Paradise.

As one of the spices first traded along the Spice routes and Silk Road, ginger’s value held strong. Discordes and Pliny valued ginger’s power to improve a variety of complaints relating to digestion and to stimulate sexual arousal, particularly in men. Ginger was used primarily as a medicine in ancient Rome and Greece, but by the late middle ages in Europe it had gained considerable traction as a sweet and an aphrodisiac.

Europeans used ginger to stimulate arousal in men and women. Madame du Barty, for instance, was recorded as serving ginger to all her regular lovers, including King Louis XV, to turn them into pliant, submissive sexual partners. Portuguese slave owners of West Africa fed ginger to their slaves in the hope that it would ensure a strong population and thus a strong profit margin. Ginger root, later known as Jake Root, was also a common ingredient in charms designed to draw love quickly.

Thanks to the English colonists and the Spanish conquistadors, ginger’s popularity spread into North America, South America, the South Pacific, and the Caribbean. The Melanesian islanders of the South Pacific used ginger to win the affections of girls while their Dobu island cousins chewed and spit ginger to stave off illness and wind storms. European Colonists planted ginger through the West Indies, where it became a naturalized crop and was traded through the colonies. Notable leaders such as George Washington made regular use of ginger in foods and cakes, beers, and wines. The Shakers were the first north American settlers to farm ginger, planting the Jamaican variety we know today rather than the wild ginger the native peoples used.

Ginger’s use in magic has primarily toward stimulation. It’s been employed in spells and charms designed to attract money, love and success, with love being the most documented use. Eating ginger before working magic was believed to help increase the magician’s energy and thus make the magic stronger.

Read more from Candace about using Ginger on Candace Hunter Creations, or purchase a copy of Ginger: Warming Spice for Health and Life!

For More Information on Ginger 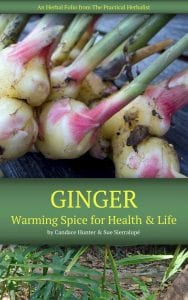 For more information on Ginger, purchase a copy of Ginger: Warming Spice for Health and Life. This Herbal Folio contains expanded information, including: 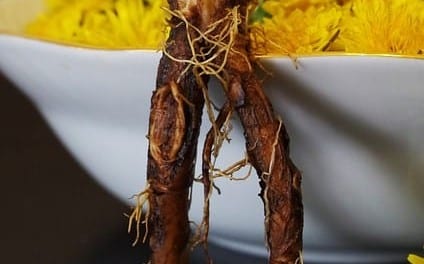 Inulin from Dandelion – How it Works 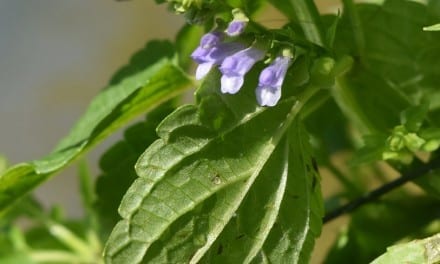