Keeping it Cool in the Coop – The Shoestring Herbalist 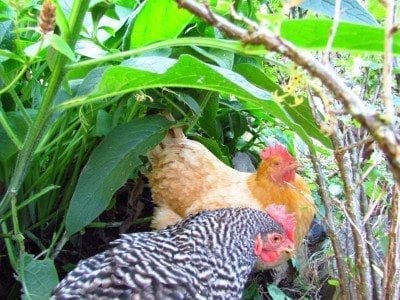 Queen Elizabawk was panting. She is a big chicken. As an Orpington, she does well in the cold but isn’t built for heat. Her coop mates fair a little better but in 106 degree heat, they’re only a heart beat away from heat stroke themselves.

My chickens have the advantage of being free range birds. I have multiple bowls of water out for them to share with the wild backyard visitors like sparrows and bumble bees. They can easily munch on fresh comfrey or harseradish that pushes its way in untended patches under the fruit trees.

I water the garden in the morning, which cools the ground. They duck under squash leaves when the sprinkler shuts off. In the afternoon, they take dirt baths. When there’s wind, they fluff out their feathers to savor it.

My coop is small. I could fit in it if I knelt down on my knees. Some coops are much bigger. Reducing the temperature of barns and walk in coops requires some finesse. Some gardeners set up fans and place tarps over runs that are normally open to the elements.

One farmer bought some cheap emergency blankets and stapled them to the ceiling of her walk-in coop. The reflective quality of the thin, foil,  emergency blanket reduced the temperature a few degrees. 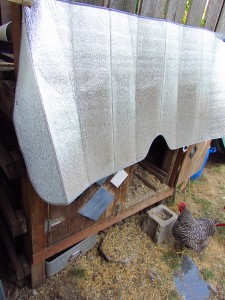 In the summer, it’s important to keep bedding at a minimum. Hay and wood chips hold heat, which is helpful in the winter but not the summer. Clear out the manure and toss it in your compost. Poop is also warming. A thin layer of clean bedding is adequate for all farm animals in hot months.

Every day, they each lay an egg in the coop. There’s a cross breeze in the coop, but my coop is a retrofitted children’s play house. There isn’t much shade. I had to grab a silver windsheild screen and use clothespins to attach it to the front of their coop to shelter them from the sun. It isn’t pretty, but it works quite well.

The heat hits me too. On the hottest day, I stood in front of our freezer, getting ice cubes. It felt great. I knew this was a huge energy waster so I scrounged around in the back of the bottom tray to justify just one more minute of cool.

I noticed a few packets of grated zucchini that had gotten freezer burn. Those would have to go. I pulled the first one out and smacked it againest the counter a few times to break up the clumps. It was heading for the compost.

I opened the back door. The chickens were sitting near the open compost bin looking wilted. They perked up when they saw me. They are optimistic little scavengers. I tossed the first handful of zucchini towards the compost and missed. The chickens were delighted.

They crowded around the new donation and pecked at it tentatively. Queen Elizabawk panted at the zucchini and took a brave bite. She gulped it down and panted again. The other girls took a few tastes and then they set at it. Frozen or not, they consumed it readily.

Queenie finished the last bite and looked at me expectantly. She was no longer panting. It was as if she had just cooled down by eating a zucchini popsicle. 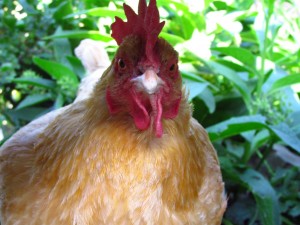 Now I had a project. When it cooked up again that weekend, I decided to defrost the freezer. As it was unplugged, I could glory in the cold without running up my energy bill. It was productive and refreshing.

Once the freezer was clean and turned back on, I pulled out all the freezer burn items and put them in a bowl on the top shelf. This was my chicken cooling snack bowl. As for Queen Elizabawk…Her Majesty is pleased. 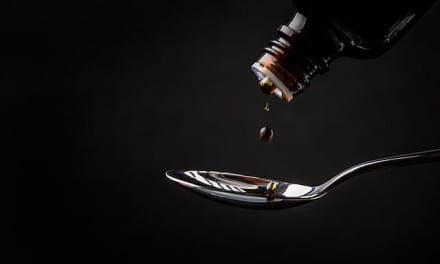 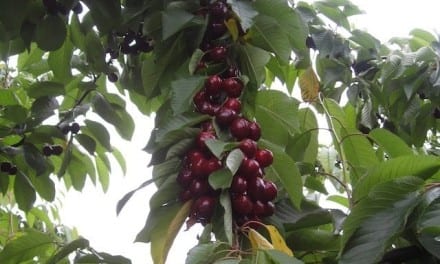 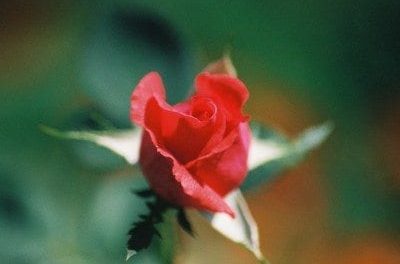 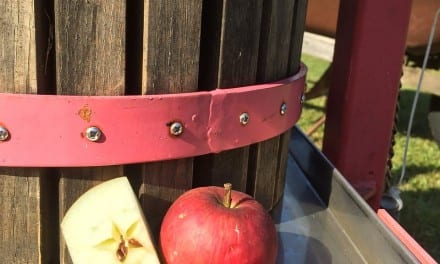