Creating the Snail-Free Garden: All-Natural Tips for the Organic Gardener 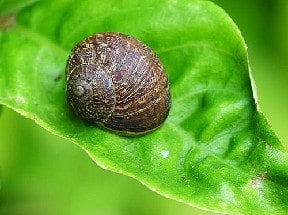 Gardens are full of life. Some of that life, like the snail population, isn’t good for the garden.The biggest snail invader in Oregon gardens is the Brown Garden Snail, which was originally imported to San Francisco in the 1850s for escargot. This tiny menace can denude a tray of unsuspecting tomato starts in one night. The organic gardener has several effective tools available for defense that are not only safe for pets and children but are also good for the garden.

Keep your garden free of problem plants like English Ivy or English Laurel. These plants harbor snails although the snails don’t seem to feed on them. They simply use them as hotels to shelter in during the day while the you’re busy trying to fix the damage they caused the night before. All of these anti-snail methods also work for slugs.

Options for the Snail-Free Garden:

How-to Ban Snails from Your Garden

Ground oyster shell is easy to buy in bulk from feed stores or garden shops. It is just as easy to use. Simply sprinkle handfuls of it around the base of your plant or toss it onto soil that has just been planted. The snails will avoid the oyster shell because it cuts their delicate underbelly. Refresh the oyster shell when it starts to disappear. It will eventually provide viable calcium to the garden plants.

Wood ash is used the same way as ground oyster shell but should be spread in a more controlled circle around the garden. Wood ash should be from non-processed wood without nails or staples. It is a great source substitute for lime on lawns but too much wood ash will provide too much alkaline for drier environments. Wood ash needs to be refreshed after heavy watering or rains.

Beer traps are my all-time favorite snail killing technique. I sink canned cat food tins halfway into the soil and fill the tin with the cheapest beer on the market. The snails are drawn to the beer and drown in the trap. I put a piece of straw or hay in the tin as an escape ramp for small bugs to exit. I throw the snail corpses to my chickens. They love the marinated treat.

One of the easiest forms of snail control is laying straw mulch around a plant. Hay is not acceptable because it contains grass seed that will germinate in the soil. The snails do not like slithering over the rough straw with their tender underbellies. At the end of the garden season, the straw may be left to rot over the winter and then turned under to aerate dense soils.

Sweetgum trees drop spiky seed pods in the autumn. Save these to line garden beds in the spring. More information about this approach is detailed in our Garden How-to.

Another more expensive method for snail deterrence is the copper strip border or collar. Circle each plant with a copper collar or nail a copper strips around the garden bed. The metal must be at least 6 inches wide. The snail’s ooze generates an electrical charge as it travels across the copper which detours the snail’s journey.

The most vicious method of eliminating snails that I have used is to set boards in the walkways of my garden. In the morning, I check the boards which are now teaming with snails taking shelter underneath. The boards get maliciously stomped on. This method is not recommended for the soft-hearted gardener. 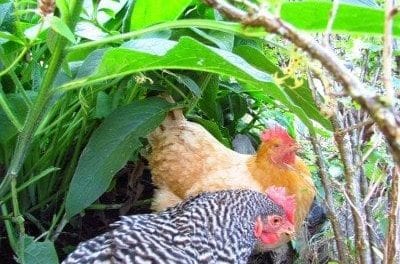 Keeping it Cool in the Coop – The Shoestring Herbalist

The Yin and Yang of Beer – Shoestring Herbalist 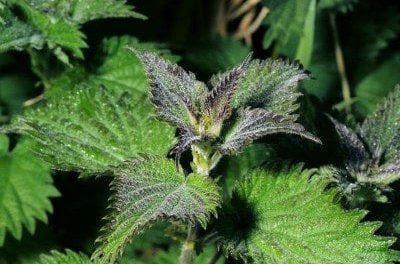