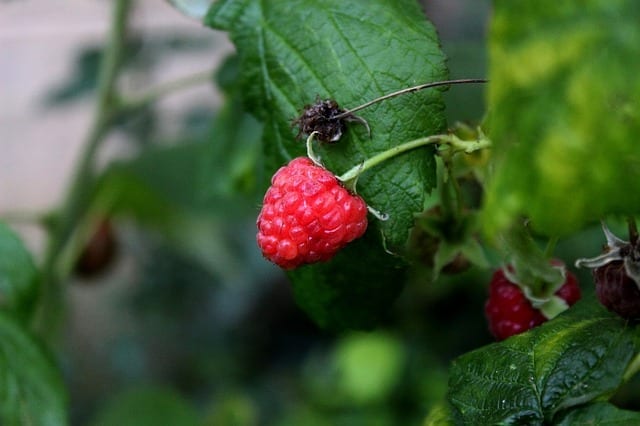 When I was still trying to bridge the gap from she-who-reads-about-herbs to Home Herbalist years ago, I began working with leaf from the Rubus family. Most often, I used Rubus vilosus, or Blackberry, but R. idaeus canadensis, or Red Raspberry, was another of my favorites as well. Today, we find Raspberry leaf included in most modern herbals and often in the materia medica of most home and professional herbalists because Raspberry’s energy is both gentle and effective medicine. In truth, I’ve found Blackberry and Raspberry to be strikingly similar. I have to admit that Raspberry has taken over the place once reserved for Blackberry in my apothecary.

What I love about these Rubus cousins is  they’re both cooling and toning to the tissues with an affinity for the lower abdomen and without being overly drying. Blackberry seems to be drawn more toward the intestinal tract while Raspberry seems more drawn toward the reproductive and to some extent the urinary systems. Blackberry seems to be slightly more drying than Raspberry. Either are often used in formulas designed to digestive problems akin to Irritable Bowel Syndrome, diarrhea, and stomach upset as well as uterine prolapse, prostate conditions, and achy or crampy menstruation or PMS. Traditionally, both were used for so much more.

Traditional Western Use: Cooling and Astringent

In Traditional Western Herbal practice, Raspberry and Blackberry are used to astringe or hold fluids in. This is particularly helpful when tissues are lax or in a relaxed state, when a gentle tightening or toning is needed to allow energy to flow rather than pool. This can show up in conditions related to colds and flus, such as a sore throat associated with post nasal drip or copious mucus flow. It can also show up as a general sluggishness connected to sexual function, such as a lowered interest or energy for sexual activity within a healthy relationship or setting and may be called exhaustion, sterility, barrenness, or frigidity, according to Wood. Either can be used topically to help heal lax skin conditions, such as some types of eczema, hemorrhoids, or varicose veins.

They can also be used in drop doses or as a flower essence to address psycho-spiritual, energetic, or mental conditions. Often, Wood teaches us, the Raspberry or Blackberry personality will seem nervous, with those for whom Blackberry is particularly likely to be a good fit being described as “people who are too intellectual, too much energy accumulated in the head…” Blackberry flower essence is particularly good at helping those folks move their energy downward so they can ground or move their thoughts into action.

This potential for moving energy downward without draining it away is used by Traditional Chinese Medicine practitioners to treat deficiency patterns, particularly deficient yang associated with the Kidney or Liver meridians. Symptoms can include recovery from childbirth, nausea and cramping, excessive discharge (vaginal or sperm), premature ejaculation and wet dreams, frequent urination, early graying, and poor or blurry vision. According to Tierra, Chinese Raspberry (R. chingii), commonly called fu pen zi, is used as leaf or fruit, with the leaf being more often employed in recovery from childbirth and the fruit being used for the more broad symptom sets. Within the context of Chinese medicine, Raspberry is working to help cool and bind, which allows the yang energy to rebuild and flow freely once again. Tierra recommends avoiding the use of Raspberry when Yin Deficiency is present coupled with heat signs such as difficulty with urination.

This cooling, binding action is seen through the Ayurvedic lens as Pitta balancing, helping to bring excess Pitta into balance. It makes Raspberry helpful in reducing excess Kapha while building Vata. Ayurvedic practioners consider Raspberry to be sweet as well as astringent and cooling. They tend to rely primarily on the leaves, suggesting that Raspberry has a stronger affinity for the colon and female reproductive systems. According to Frawley and Lad, Raspberry “has a strongly astringent and mildly tonifying (nurturing) action” on those organs. They recommend pairing Raspberry with Shativari or other stronger tonifying herbs as a general uterine tonic, while pairing Raspberry with Rose or Hibiscus flowers for menstrual cramps.

In my experience, Raspberry or Blackberry pair well with the mints for diarrhea and lower digestive complaints. Peppermint, with its slightly warming energy, coupled with Blackberry leaf makes a fast and effective remedy for digestive cramping or griping similar to the IBS or Crohn’s flare-up experience, which comes on strong and intense and can make the sweat bead up on your brow. When the flare-up is due to poor diet or illness such as a flu, I like to add a little Chamomile to the blend to ease the stomach as well. As a general PMS remedy and to prevent a crampy menstrual flow, I’ve found Chamomile, Motherwort, and Raspberry leaf effective. I often add a little Spearmint or a sprinkling of Rose petals to make the blend a little less bitter.

Wood Betony paired with Raspberry leaf, Chamomile, and Lemon Verbena makes a nice synergy for building the stomach’s energy while soothing the digestive tract. This is effective for folks with a nervous stomach, who tend toward anxiety or overthinking that results in digestive disharmony. It’s also a soothing blend for Crohn’s, IBS, and similar digestive disorders that make it difficult to eat enough calories during the day to maintain one’s energy. Together, they help soothe the nerves of the digestive system and bring the excess energy in the mind back down into one’s hips, so thoughts can calm and worries drain away while nutrition is properly absorbed.

On a psycho-spiritual or emotional-energetic level, this blend helps us recenter our power on our solar plexus or stomach and to get clear about our boundaries. From that strong and clear space, we can more easily and effortlessly recognize what is nutrition and what is waste. Wood Betony focuses our center while Lemon Verbena and Chamomile help to soothe the nervous system that’s woven into our digestive organs enough to allow Raspberry to do her work. Raspberry leaf’s function in this blend is to help us hold onto the wisdom and experience or memories that are ultimately beneficial while letting that which is superfluous pass. She helps us pick through what we’ve experienced with clear sight, allowing us to let go of the stuff that’s not useful and to do all of this work effortlessly so as to preserve our energy rather than allow it to drain away. In this context, Raspberry is the older wisdom-keeper on the team.

Note: I generally weigh the parts for this blend. If you choose to measure by volume, double the portion for both Raspberry leaf and Chamomile as they are both quite fluffy herbs.

Use 1-2 Tbsp of blend per mug for a standard, daily sort of infusion with a gentle action. If you want a stronger medicine, use 2-3 Tbsp per 8 ounces of water. In either case, let it steep at least 10 minutes or up to an hour. 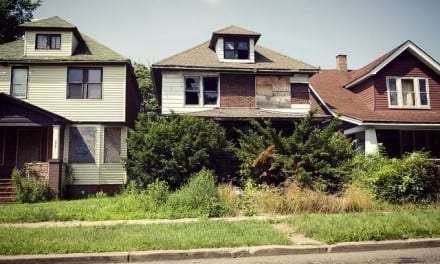 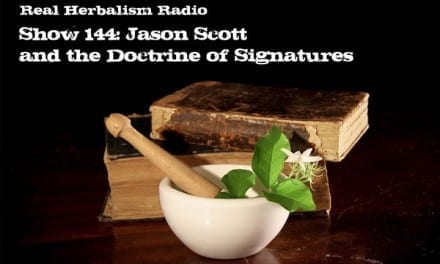 144.Jason Scott and the Doctrine of Signatures 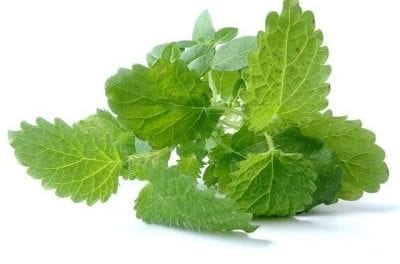 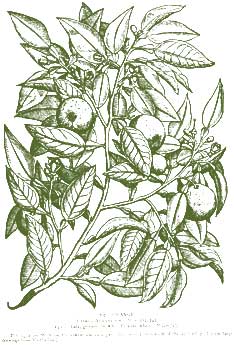