Herbal Honey: How to Make & Master this Herbal Medicine

Herbal Honeys are one of the sweetest medicines an herbalist can make. Not only does it sweeten up your favorite herbal teas, black teas, and coffees, but when you infuse honey with herbal properties you can make even the bitterest medicine sweet and easy to take. Surely, Mary Poppins would agree that a spoon full of honey makes the medicine both sweeter and more potent!

What is Herbal Honey?

Herbal Honey is simply honey that’s been mixed with herbs or infused with herbal properties. Apiculturalists who work with herbal medicines, like author Dawn Combs, offer a wide variety of ways to combine the two, resulting in a complex and delicious array of herbal honey medicines. For the Home Herbalist, there are two simple and quite practical ways to begin your adventure into Herbal Honeys, Electuaries and Infused Honeys.
When you’re making Herbal Honeys, it is best to use honey that’s as raw and local as possible. For some of us, that’s as easy as popping over to the neighbor’s for a cup, but for others honey isn’t as easy to come by. When you’re looking online or reading labels in the stores, look for words like Organic and Raw that indicate that the apiary that produced the honey was well cared-for. Happy, healthy bees make far better medicine than those who are subjected to factory-farming style conditions, including having their combs robbed of more honey than they can stand to lose and being sprayed with a variety of chemicals to force them to produce more honey for the farmer.

Electuaries are essentially honeys that still contain the whole plants with which they’ve been infused. The honey begins to break down the plant’s natural cellular structure, freeing the medicinal properties and preparing them for absorbtion by your digestive system. Because you leave the plant parts in the finished Electuary, they’re most often made with particularly tough plants that taste less agreable, like Willow Bark, Cherry Bark, or Oregon Grape Root. Electuaries are particularly useful for delivering such medicinal plants to picky eaters, including our furred and feathered friends. During Fruit season, Amazon Parrot Kikko refuses to eat any vegetables, which leaves her system unbalanced and leaning toward a bit of yeasty or bacterial overgrowth that manifests in dulled feathers and a rather disagreeable temperament. A little Oregon Grape Root and Burdock Root Electuary once a week or so through Fruit Season and for another month or so afterward sweetens her disposition considerably while easing her digestive system back into balance.
I generally like to work with powdered herbs when making Electuaries. The more herb you use, the more pill-like your Electuaries will be. When I make them for Kikko, I lean toward a heavy dose of herb so that the results can be rolled into pills she can grasp in one claw. When I’m making Dude Honey, I tend toward a heavier dose of honey so that the resulting Electuary can be spooned into Patrick’s morning Bullet Coffee through the late fall to winter for a tasty dose of yang-bulding medicine.

Infused Honeys are honeys that no longer contain the whole plant parts from which they’ve drawn their added medicinal properties. While many herbalists suggest using heat to encourage the plants to release their constituents, heat is generally harmful to the healing properties of honey. Instead, I learned to make Infused Honeys using Dawn Combs’ cold infusion technique. It takes more time, but the results are quite lovely and surprisingly powerful. The hardest part is straining the plant parts from the honey after it’s had time to infuse. I plan out my honey straining so that it coincides with a lovely spot of tea in which the plants I’ve used in my honey will blend nicely. After I’ve strained as much honey from the plant parts as I can, I set them in the bottom of my teapot and add my tea and water. The resulting brew is sweet and special, and generally a wonderful treat for having done my medicine making tasks that day.

Search Honey Recipes for more tasty ways to use Honey in your herbal practice.

See Candace’s Tip for using your Honeyed Herbs after straining them from your Herb Infused Honey on Vimeo or on YouTube.

Wild Observation: How to Connect with Herbal Magic and The Plants 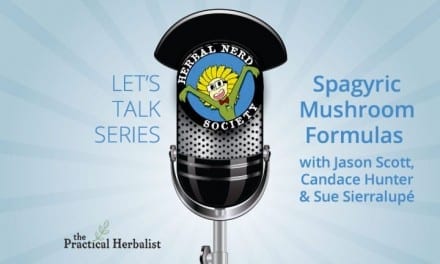 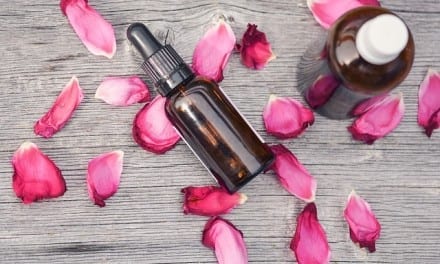