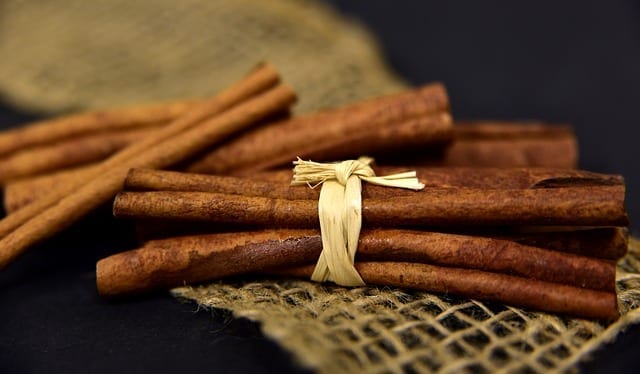 Cinnamon is spicy-hot medicine by all accounts. Herbalists often add a little Cinnamon bark or twig to topical formulas to get the blood flowing when healing bruising and muscle injuries like overworked muscles and tendons or damage due to trauma. In internal formulas, Cinnamon is often included for it’s ability to move circulation internally, making it helpful for folks with circulatory conditions as well as digestive tract conditions like diabetes. When you look at the list of diseases and conditions commonly connected with Cinnamon, you may wonder if it’d be good to just add Cinnamon to every formula like the Thomsonians added Lobelia or Cayenne to everything. Why not, right?

Cinnamon is So Hot Right Now…

And always. Cinnamon is one of the Herbalist’s hottest plant medicines. By that, we mean it can really get energies moving. If you apply a single drop of cinnamon bark essential oil to bare skin, you’ll likely see a blister rise up right quick. (Please, don’t try applying undiluted Cinnamon essential oil to your skin at home!) That happens because Cinnamon’s volatile oils, or essential oils, get the blood and other fluids moving quickly.

From an energetic perspective, Cinnamon creates heat or moves energies, yet it’s also an herb that helps the body to cool. Cinnamon is classified by Traditional Western Herbalists as a warming or hot diaphoretic. As such, it builds the internal energies needed to drive toxins, germs, and cold conditions outward. At the same time, it encourages the body’s defense systems to open the doors so the body can release whatever’s not needed. Diaphoretics are often used for conditions like colds and flus, when germs have invaded and are creating cold, damp conditions like excessive mucus in the form of a runny nose or damp cough. Cinnamon can be used for so much more.

The diaphoretic aspect of Cinnamon is only part of the picture. According to Matthew Wood in The Earthwise Herbal, vol. 1, “Cinnamon is warm and stimulating, so it tends to warm up the digestion and the interior, bit it is also sweet and astringent, so it nourishes and tones.” At least in part, that explains why Cinnamon has often been used in Traditional Western Herbal practice to stop bleeding of many sorts, including after childbirth. The astringent aspect of Cinnamon’s effect can help staunch blood flow, especially after trauma, while the warming and sweetness of cinnamon support the associated tissue’s quick recovery.

This ability of Cinnamon to strengthen while still moving energies is part of what makes it an ideal Sattvic herb for daily use in Ayurvedic practice. Cinnamon is classified as a Pitta increasing herb. When Kapha or Vata are out of balance, particularly when they’re too cold, stagnant, or stuck, Cinnamon can help get the energy flow moving again as does Cayenne. The difference between Cayenne and Cinnamon is that sweetness Cinnamon carries; Cinnamon is ideal for building tissues to combat deficiencies while Cayenne is better used as a short-term hero for moving energies.

Ayurvedic practitioners are more likely to prescribe Cinnamon as a part of daily diet and formulas for chronic conditions as well as short-lived bouts of illness. Conditions like diabetes, which is described across disciplines as one of coldness and a sluggish or relaxed nature, is best helped with daily use of Cinnamon to reduce Kapha while boosting Pitta’s digestive fire so the body can make best use of the nutrition offered. In general, Ayurvedic practitioners consider Cinnamon a helpful herb for boosting daily digestion and absorption of both medicine and nutrition and are particularly likely to suggest folks who struggle with Vata imbalance or who have a Vata constitution take a daily tea of Cinnamon to support their digestion as well as kidneys an circulation.

Traditional Chinese Herbalists have explored Cinnamon’s medicinal uses to further depths than have most other traditions. By that, I mean they’ve found uses for more than the inner bark traditionally used by most herbalists. Cinnamon Twigs, known as Gui Zhi in TCM, are as commonly used as Cinnamon bark, known as Rou Gui, for a variety of conditions. The difference between the two is mainly in the intensity of each part of the tree. Cinnamon twigs have more affinity for warming the extremities and moving Yang through the whole of the body than does Cinnamon bark. Cinnamon Bark is hotter and more stimulating to the interior than are Cinnamon Twigs. When you consider the parts of the tree from which each medicine comes, that makes a lot of sense. The job of the inner bark of the tree is to protect the heart of the trunk, promoting circulation of the tree’s life force and nutrition. The job of the twigs is to carry vital nutrition to the outermost parts of the tree.

In the human body, Cinnamon twigs are quite helpful for promoting healthy circulation in the hands and feet. Formulas designed for folks with chronically cold hands and feet often include Cinnamon twigs because they help move Heart Yang through the whole of the body by supporting Yang Qi along the associated channels. That makes Cinnamon twigs a wise choice for conditions like rheumatoid arthritis, where the tissues have become inflamed and need help with disbursing excess energies, as well as osteoarthritis, where the tissues need some added support carrying nutrition into places like joints where circulation may be poor or slow. In both cases, Cinnamon twigs are helpful for breaking up painful Bi obstructions and boosting Yang in those areas. It’s also the preferred choice for opening the exterior, such as with flus and colds, and for building Yang when there is a Yang deficiency. Cinnamon twigs are typically used internally to support these conditions.

Cinnamon Bark is more commonly used for conditions of deeper or more internal cold and obstructions. Digestive troubles, including diarrhea, ulcers that heal too slowly, weak digestion, frequent urination (especially at night), and cold pains in the abdomen are all potential indicators that Kidney Yang and Spleen Yang are weak or deficient. Cinnamon helps move those deep digestive energies, building the Yang energy while keeping the system moving along. Formulas treating pain in the chest due to coldness may also include Cinnamon to support and build Heart Yang as well as building Blood and Qi.

Cinnamon is a favorite choice for improving circulation across disciplines, and TCM is no exception. Lesley and Michael Tierra in the East West Herb Course book for their Professional Herbalist Course describe Cinnamon as “anchor[ing] the body’s true fires in the Kidneys…” This re-balances the digestive and energetic flow of the body, helping release tensions from the upper body that manifest in signs like a flushed face and severe sweating and helping tone weakened tissues in the lower body that manifest in symptoms likeweak and sore lower back, legs, feet, and knees. As with Cinnamon twigs, Cinnamon Bark is typically used internally for these conditions.

When you look for therapeutic grade essential oils from reputable, organic distillers, you’ll likely find two single-plant versions for Cinnamon just as you find two parts of the whole tree in use in TCM: Cinnamon Bark and Cinnamon Leaf and Twig.

Topically, both Cinnamon essential oil of any type is stimulating and moving. All Cinnamon essential oils should be diluted in a carrier to prevent burning or strong reactions on the skin and in underlying tissues. Both are commonly used in formulas for wounds relating to overuse or trauma, such as bruising, sprains and strains. They can also help chronic conditions where increased circulation is needed, such as with arthritis of either type or neuropathy.

Cinnamon Tea Recipe for Postpartum Moms and Women with Flooding

When the uterus and surrounding tissues are weakened, the body can respond with an excess of blood flow to that area, which results in excessive blood loss and a further weakening of the tissues. In both postpartum recovery and in monthly flooding, the body is moving from a weakened condition, so the tissues are more relaxed than is healthy, thus allowing blood to flow excessively.

In this formula, Cinnamon helps to tighten the tissues and reign-in the bleeding while Wild Yam root helps the body build blood. Dandelion root and Schisandra berries help to cleanse the liver and clear away any excessive hormonal debris. Cardamon is a lovely digestive aid, plus it tastes nice in combination with this tea.

Blend the dry herbs and store them in a sealed container for use daily.

To make Cinnamon Tea, add 100 grams or approximately 1/3 cup herb blend to two quarts of water. Let it simmer until it’s reduced by half, then strain the herbs out and drink the remaining decoction in three doses. You can take this tea up to three times a day. 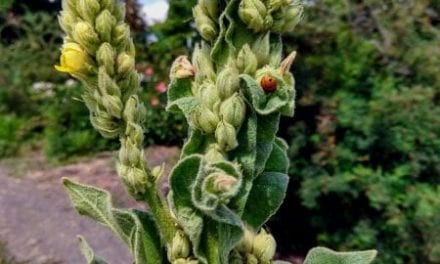 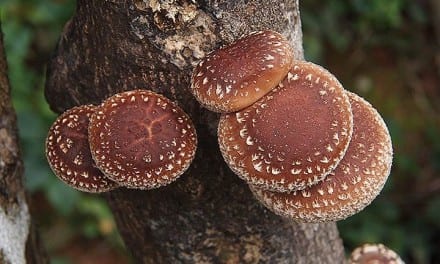 120.The Mushrooming World of Mushrooms with Jeff Chilton 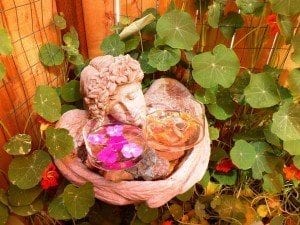 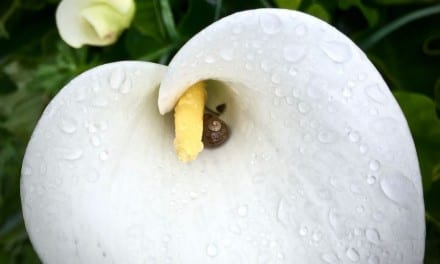