Angelica is like a giant Fairy Parasol, towering over the diminutive plants like bluebells, foxglove, and columbines. With it’s dainty white flowerettes arranged in broad, airy umbels and it’s pinnate, deeply toothed leaves on stems reaching high enough to potentially shade the average woman, Angelica of all types holds a stately and Divine presence in the shade garden or Northern Hemisphere dappled forest. Angelica is native to the Northern Hemisphere, stretching it’s reach in the wild from temperate regions up to the subarctic.

Herbalists of many traditions and cultures have long relied on Angelica for a variety of complaints, including fevers and respiratory symptoms, hormonal balancing, stress-recovery, and addressing pain in the lower body, including rheumatism and arthritis. Most often, Angelica roots are used medicinally, although the leaves, stems, and flowers have graced many a table as a mild or tonic medicine or tasty food, too.

If you’re thinking of growing Angelica, you should be aware there are several different types herbalists prize. Angelica archangelica is the one most often referenced in European traditions, including both Traditional Western Herbalism and Modern American Herbal Practice. Angelica dahurica, A. pubescens, and A. sinensis are the core three most often referenced in Traditional Chinese Medicine with A. sinensis being the most well-known and the one most likely to be referenced by Ayuredic herbal practitioners.

Angelica archangelica is most often used as a women’s medicine, treating painful and scanty menstruation, and PMS bloating. It’s also commonly included in blends for the upper respiratory system. Angelica archangelica is commonly known as Angelica, Wild Celery, and Norwegian Angelica. It grows to roughly 3-6 feet (1-2 m) and prefers slightly cooler climates and elevations up to about 5,500 feet (1,700 m).

Angelica dahurica is most often used in Traditional Chinese Medicine as an agent for opening the upper orifices, which translates roughly to helping open the upper respiratory system to allow congestion and mucus to clear and dry. In TCM, A. dahurica is known as Bai Zhi and is often included in blends to address upper respiratory complaints like congestion due to colds or flus or allergies as well as headaches of various types. Angelia dahurica is native to Northern and Central China, reaching beyond China along the northeast coast into Siberia, Russia, and Taiwan. Angelica dahurica is generally more robust than its cousin A. sinensis, and can reach as tall as 7 feet (2.5m) in its second season.

Angelica pubescens is used in Traditional Chinese Medicine as a warm, bitter, acrid herb for dispelling wind and dampness, unblocking channels for pain relief, and as a support in formulas for releasing the exterior, making it a good choice for painful arthritic conditions, sore muscles and joints in the lower body, and for addressing body pains and headaches connected with cold and flu types of illnesses. Angelica pubescens is known as Du huo in TCM and is generally used in formulation rather than as a single. This variety of Angelica loves higher elevations and can grow as tall as 12 feet (4 m) with the right sunlight.

Angelica sinensis is quite possibly the most famous of the Angelica species used in TCM and has become a popular favorite among many modern Western Herbalists as well. Traditional Chinese Medicine herbalists consider A. sinenses, or Dang Gui, a tonic herb. It’s sweet, acrid , and warm tastes are used to tonify, invigorate, and build blood. Used primarily as a women’s medicine, A. sinenses helps conditions such as PMS, irregular period, menstrual cramping, anemia, and scanty menstruation. For men and women alike, A. sinensis is also used for seemingly unrelated symptoms from a Western perspective but which are related to the function of blood in TCM theory. Those symptoms include dry skin, dry hair, dizziness, heart palpitations, insomnia, constipation, and certain types of coughs and injuries including pain and numbness or tingling sensations. Like its cousins, A. sinensis likes cool, high elevations environments. It’s leaves and flowers are the most delicate of the popular Angelicas, and it is reputed to be the most difficult to grow from seed.

So you want to Grow Angelica

Growing Angelica takes some patience, particularly if you don’t happen to live in the cool, moist, somewhat shady climate most of the Angelica species herbalists favor desire. All of these Angelicas are biennials, meaning they’ll produce flowers and seeds in their second year, much like Mullein. In the first year, they focus on root development, growing in a mounding habit of lacy leaves about 3 feet (1 m) or so high and wide. In the second year, they send up a towering, leafy flower spike beloved of a variety of insect pollinators. Some of the Angelicas may live longer, being described as a tender or short-lived perennial. Herbalists generally harvest the roots in the fall of the first year for most species, A. sinenses being the notable exception. Angelica sinenses is traditionally harvested in the second or third fall for greater medicinal potential.

Generally, Angelica prefers full sun to part-shade environments and moist soil with good drainage. Rich soils filled with nutrients will make your Angelicas most happy. Their seeds are light-dependent germinators. Many herbal growers recommend stratification to help with germination. Moisture is key to Angelica’s germination cycle, too. Be sure to keep your seeds moist but not wet until they sprout. If the roots are what you’re after, plant out your sprouts into rich, moist soil with moderate nitrogen levels. Too much nitrogen will encourage the plants to focus on aerial growth rather than setting in stout roots. 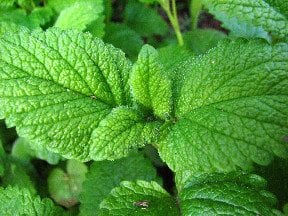